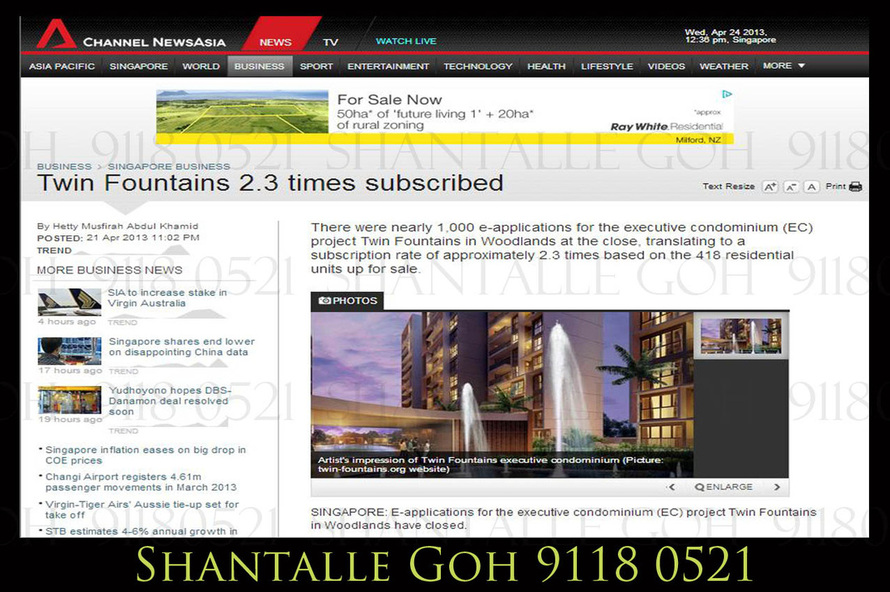 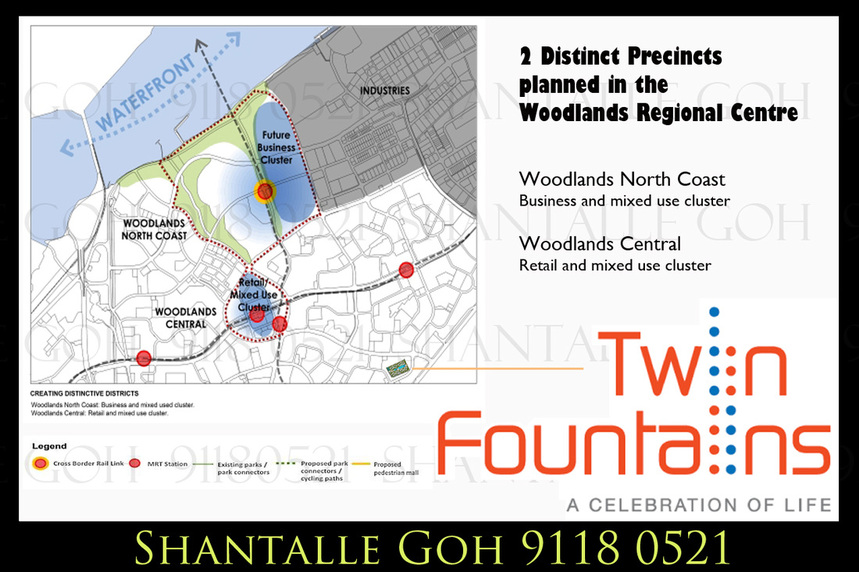 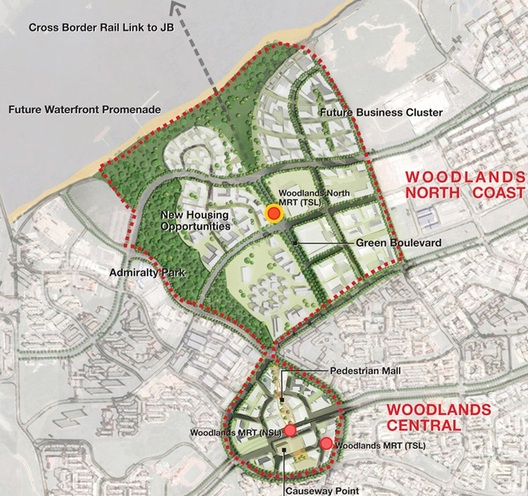 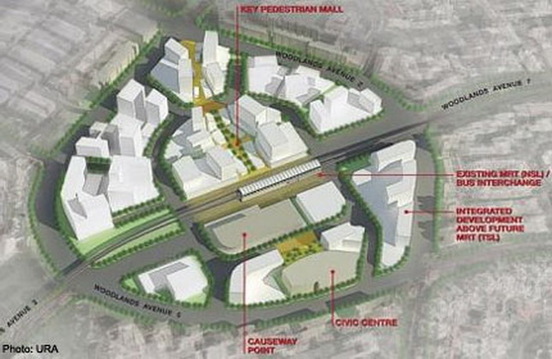 Woodlands Regional Centre will serve as the key commercial cluster in the north region of Singapore.

The centre, which offers about 100 ha of available land for development, will have two distinct precincts:

70 percent of the land will be used for the Woodlands North Coast, which will include the area between the Republic Polytechnic and the Woodlands Waterfront. The intention is to create a mix of business, lifestyle and residential developments, all within the lush greenery and waterfront environment.

Woodlands Central - which is the area around the Woodlands MRT station - will form the other precinct. It will be turned into a pedestrian-friendly regional retail hub.

The Woodlands Regional Centre will be served by two new MRT stations (Woodlands and Woodlands North stations) on the Thomson Line which will be completed by 2019.

The Woodlands North station will serve as an interchange to the future rail link to neighbouring Johor. National Development Minister Mr Khaw Boon Wan said there also plans to site an immigration clearance facility there. But he said it is unlikely for the high-speed rail system between Singapore and Kuala Lumpur to be sited in Woodlands, "because in the North, with our developments, as you can see, would be quite congested".

"And with a rapid transit between JB and Singapore, that is quite good for connectivity. So, for fast-speed train (system), maybe you want it to be elsewhere which means eastern side or the western side," said Mr Khaw.

The minister said it will take about 15 to 20 years to develop the Woodlands Regional Centre. 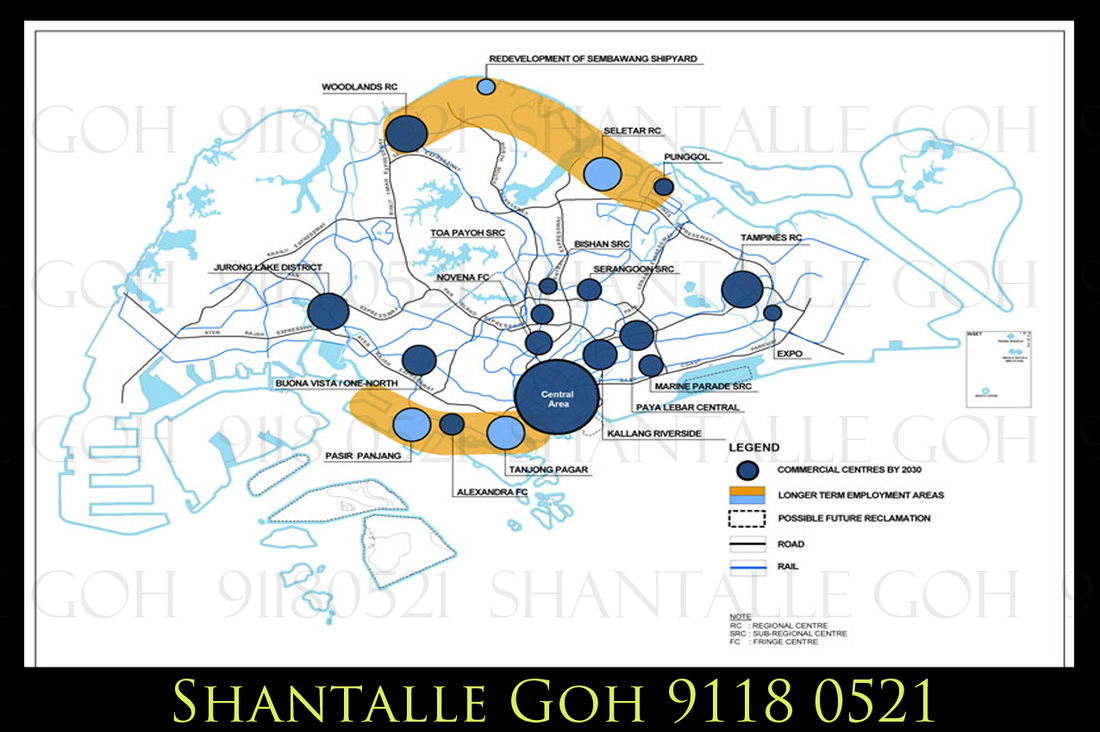 There will be an innovation corridor in the North in 10 to 15 years' time.

It will include the Woodlands Regional Centre, Sembawang, the future Seletar Regional Centre and Punggol, and act as a major employment node and commercial cluster for people living in the North and North-east.

Woodlands Regional Centre will be expanded to be a major commercial node in tandem with the development of the new Thomson MRT line and the North-South Expressway. There will also be new industrial clusters in Woodlands and Sengkang West, and additional commercial space in Punggol and Serangoon sub-regional centre.

Along the Sembawang coastline, new waterfront land will be freed up once existing shipyard facilities are phased out. This will also provide land for new business activities. 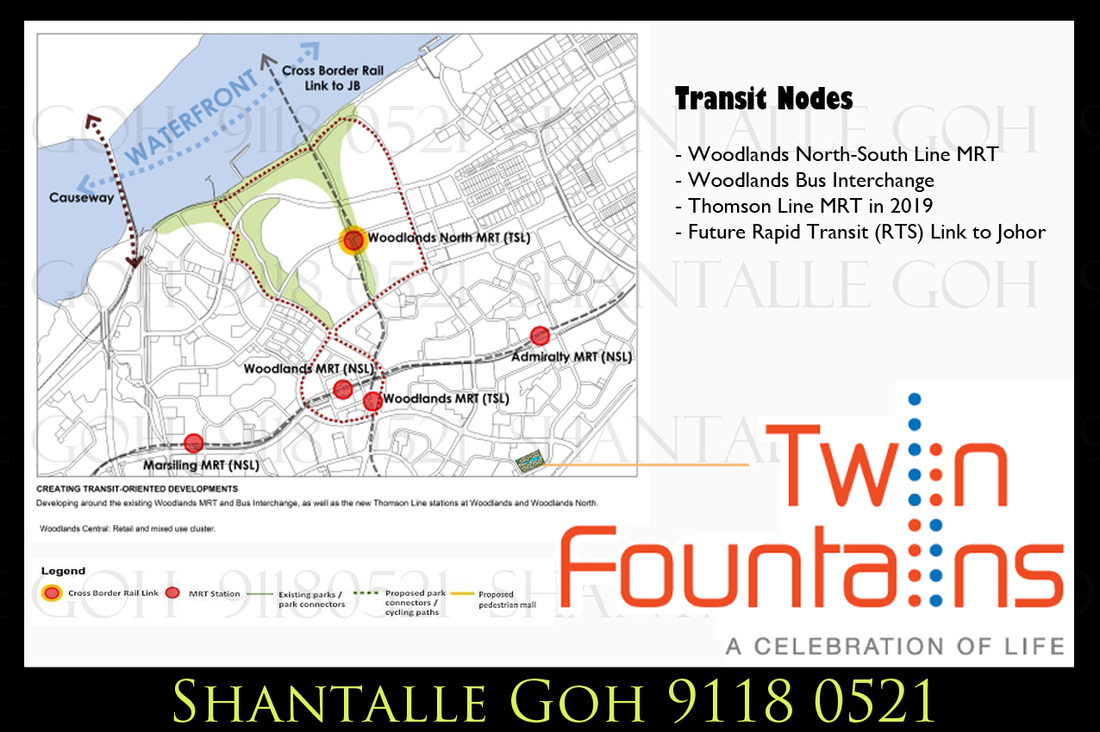 The Woodlands Regional Centre is currently served by the Woodlands North-South Line MRT station and Woodlands Bus Interchange. With the upcoming completion of two Thomson Line MRT stations in 2019 and a planned future Rapid Transit (RTS) Link to Johor, there will be excellent accessibility to the city. 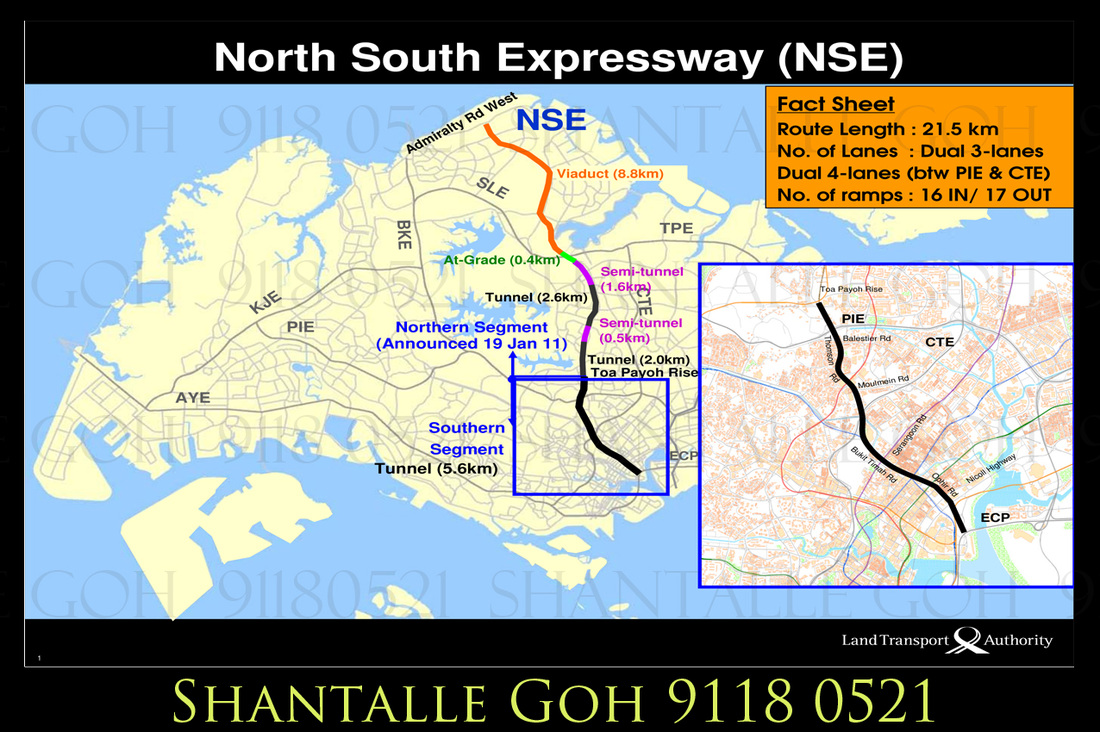 The Land Transport Authority (LTA) has announced the full alignment for the 21.5km long North-South Expressway (NSE) which spans between Admiralty Road West and East Coast Parkway. On 15 November 2011, LTA has completed the detailed planning, engineering and alignment studies for both northern and southern segments.

The North-South Expressway (NSE) is Singapore’s eleventh expressway. It will run parallel to the Central Expressway (CTE) to alleviate the traffic load on the heavily utilised CTE as well as nearby major arterial roads such as Thomson Road and Marymount Road.

LTA has completed the alignment study and is currently embarking on the detailed engineering study. Advance works will start progressively from 2013 and major construction works in 2015. 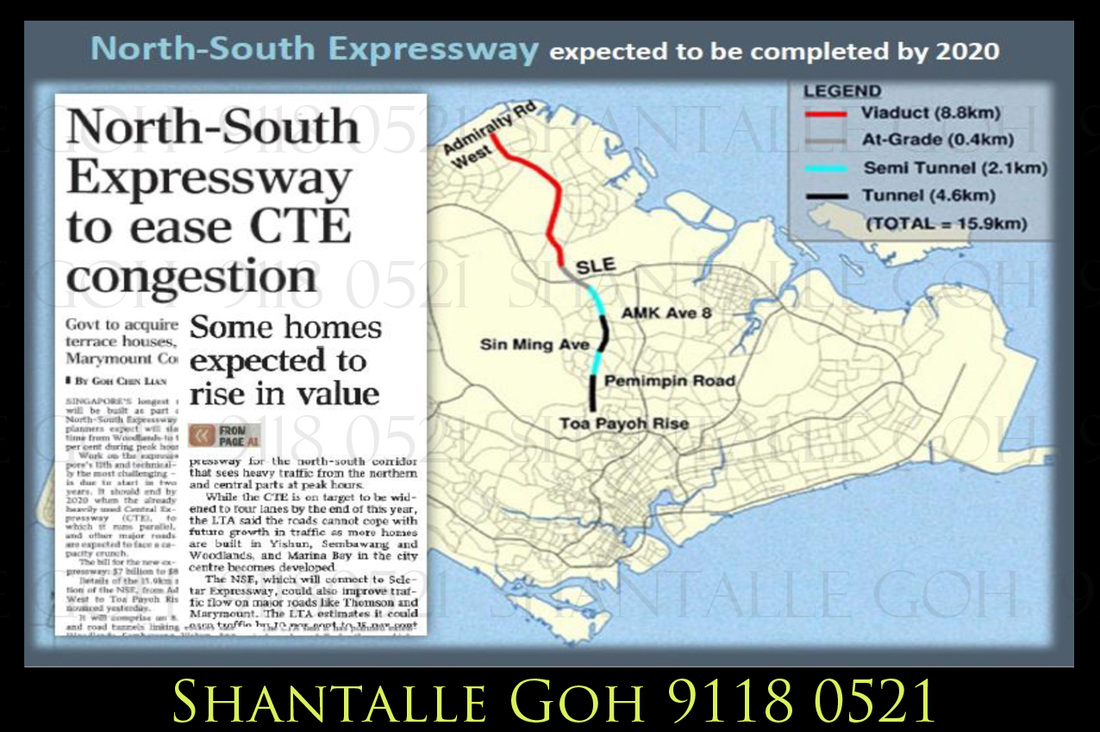 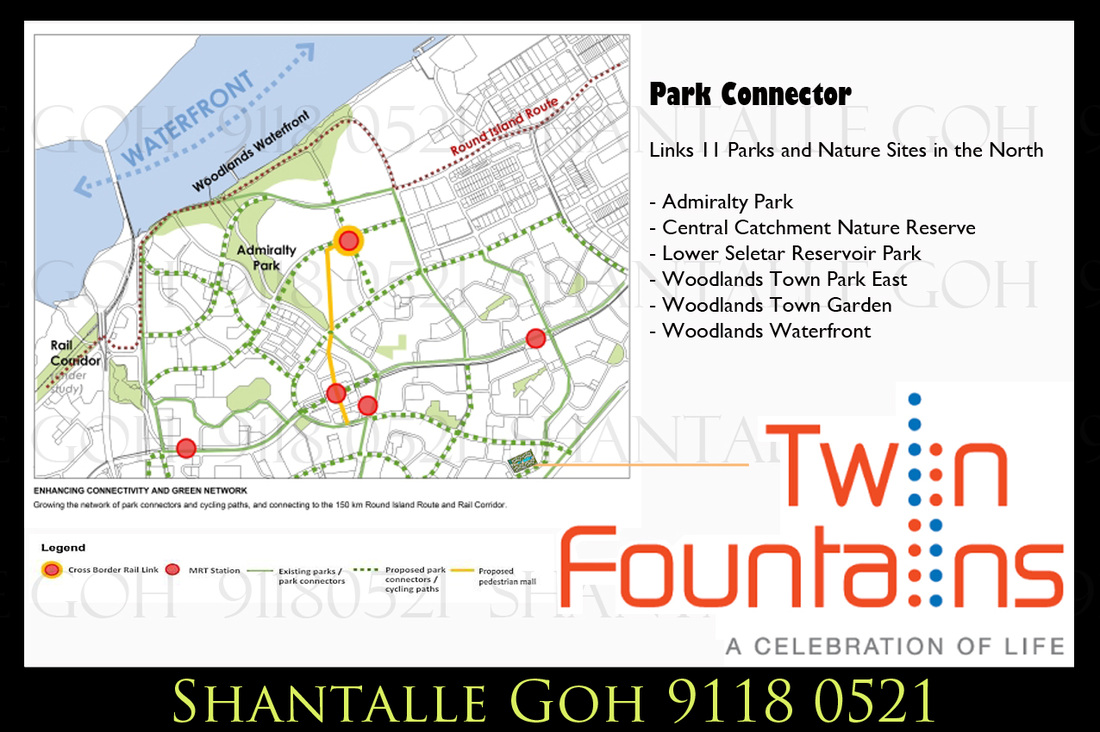 Woodlands has an extensive green network of neighbourhood, town, and regional parks.

Ministry of National Development will study the feasibility of growing the network of existing park connectors and cycling paths in order to further enhance connectivity for recreational enthusiasts and commuters.

11 Parks and Nature Sites in the North will be linked:

The linkage will also include Republic Polytechnic and Singapore Sports School.